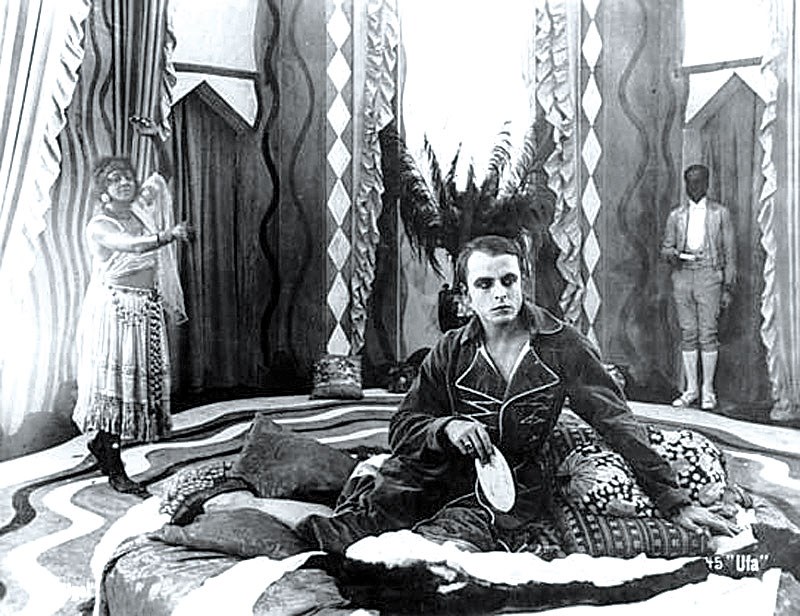 German science fiction film about an alien from the planet Algol.

The story follows the life of Robert Herne, who works in a coal mine, and his friendship with Maria Obal. While working in the mine, he encounters an inhabitant of the planet Algol who gives him a prototype machine which can provide a virtually unlimited source of power. Over the next year Herne sets up a factory providing energy; however, instead of simply relieving workers of the difficult job of mining, the device creates massive economic upheaval throughout the world.

Over the next 20 years, Herne continues to increase his power and influence, but he has lost touch with Maria who now lives in the one part of the world to which his influence does not extend. The film follows the machinations of Herne’s son Reginald and his – ultimately unsuccessful – attempt at a coup, aiming to seize the secrets of the machine for himself. Meanwhile, Maria has had a son who travels to meet Herne to ask for his assistance: his country's coal reserves have expired. Herne initially refuses assistance; Maria visits him to ask in person. He comes to realise the extent to which he has been corrupted by power. In a moment of realisation, Herne destroys the machine, thereby preventing his son from taking control after his death.

A Bride for Henry (1937) On the day of her wedding a young woman's fiancé doesn't show up, slee..